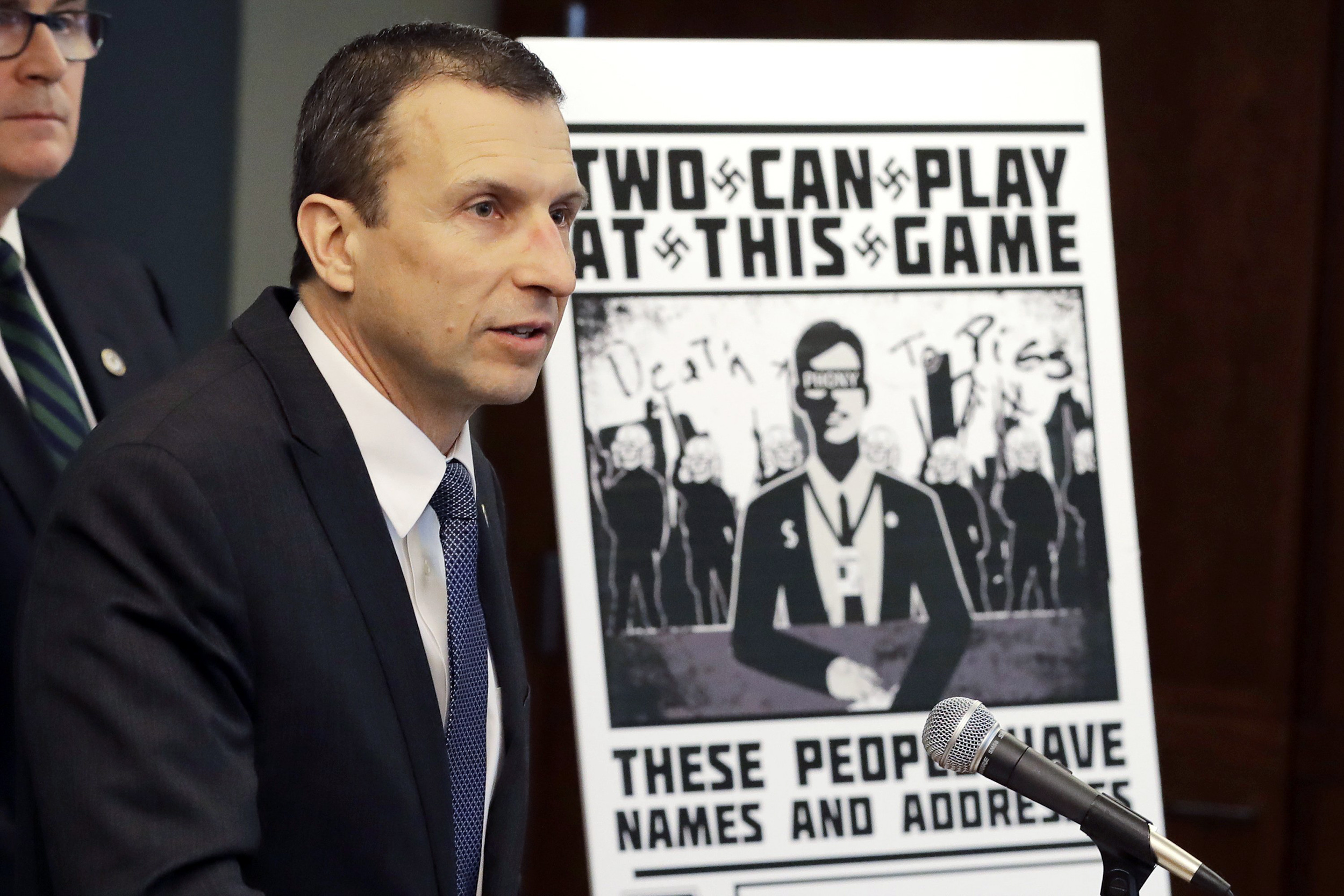 A Neo-Nazi chief convicted in a plot to intimidate Jews and journalists has been sentenced to seven years in jail.

The person, Kaleb Cole, 25, the previous chief of the Neo-Nazi group Atomwaffen Division, was convicted in September of conspiracy, mailing threatening communications and interfering with a federally protected exercise, the Justice Division mentioned in a press release Tuesday.

“The group targeted totally on those that are Jewish or journalists of coloration,” the Justice Division mentioned.

That plot concerned sending posters that learn “You have got been visited by your native Nazis.” In a single case, a poster was glued to the window of the Arizona house of an editor for a Jewish publication.

“At present the neighborhood and people Mr. Cole and his co-conspirators focused stand as much as say, ‘hate has no place right here,'” U.S. Legal professional Nick Brown mentioned.

A co-conspirator within the plot, Cameron Shea, 25, one other Atomwaffen Division chief, was sentenced to a few years in August, the Justice Division mentioned.

Two different folks have been additionally sentenced within the plot after they pleaded responsible and have since renounced their Neo-Nazi views, officers mentioned.

The 4 have been arrested after they have been charged in reference to a “swatting” scheme in 2020.

Andrew Blankstein is an investigative reporter for NBC Information. He covers the Western United States, specializing in crime, courts and homeland safety.

Tim Fitzsimons is a reporter for NBC Information. he/him