Govee is no stranger to solid smart lights, and its latest DreamView G1 Pro doesn’t disappoint. It, in essence, is an upgraded version of the company’s Flow Pro Light Bar, with brighter output, more accurate colour replication, better build materials, and has an overall more premium and less ‘scattered’ look to it.

It follows the same concept as the Flow Pro Light Bar, where it has two light bars that go on each side of your PC monitor, paired with a fish-eye lens camera that sits on top of your monitor. The camera scans for colours on your screen, and tries to replicate them out of the light bars.

In addition, with the G1 Pro, you also get a tube-like LED light strip that attaches to the back of your monitor, which also replicates the colours on your screen.

Like most of Govee’s products, the initial setup is rather simple. Generally, Govee’s products have a control box that acts as the brains of the operation, and all the wires from the lights and the camera connect directly to the control box. This time around, Govee got rid of a separate control box and added its functionality to the fish-eye camera, a welcome change that allows for a less scattered look on your desk. 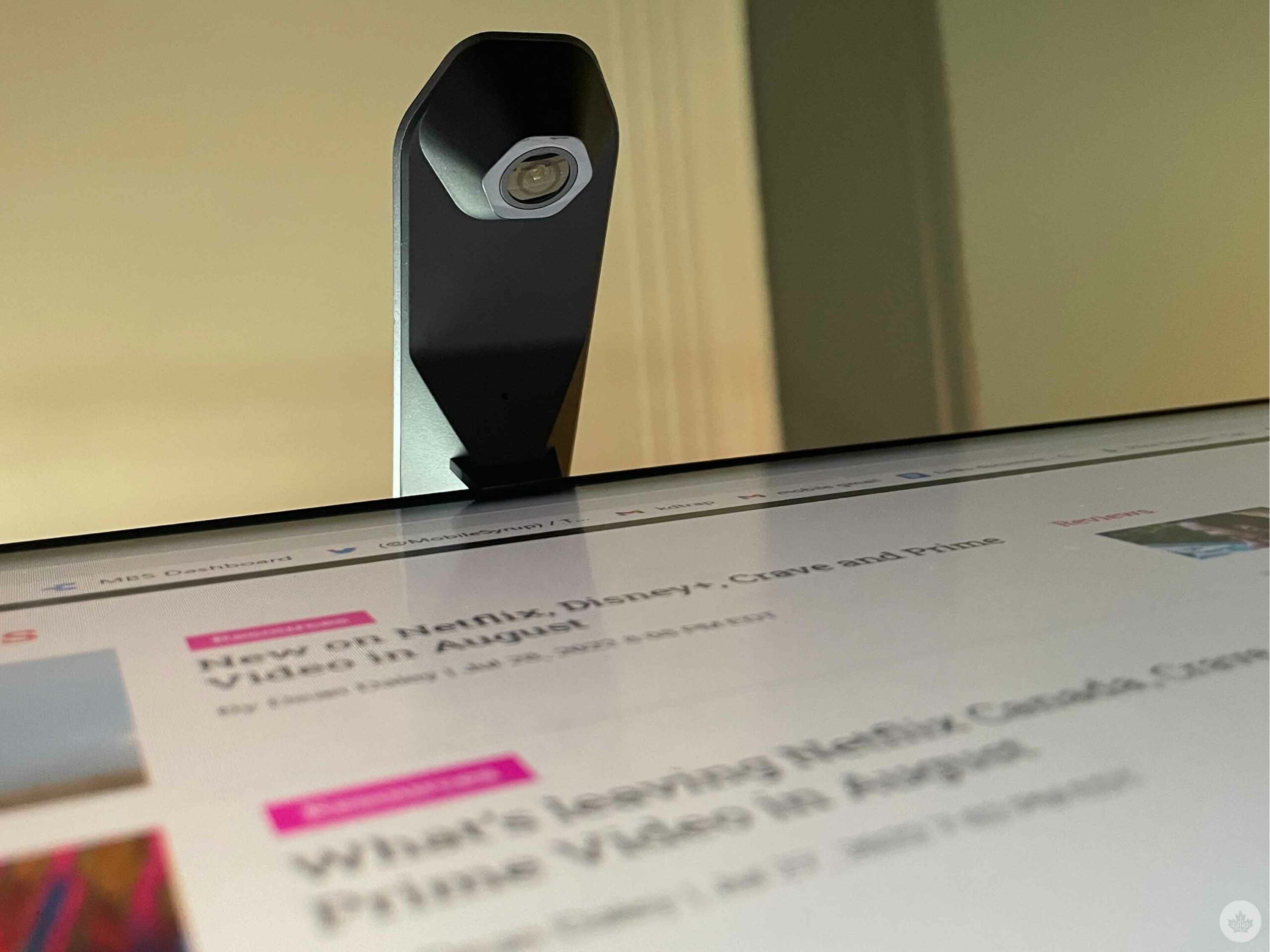 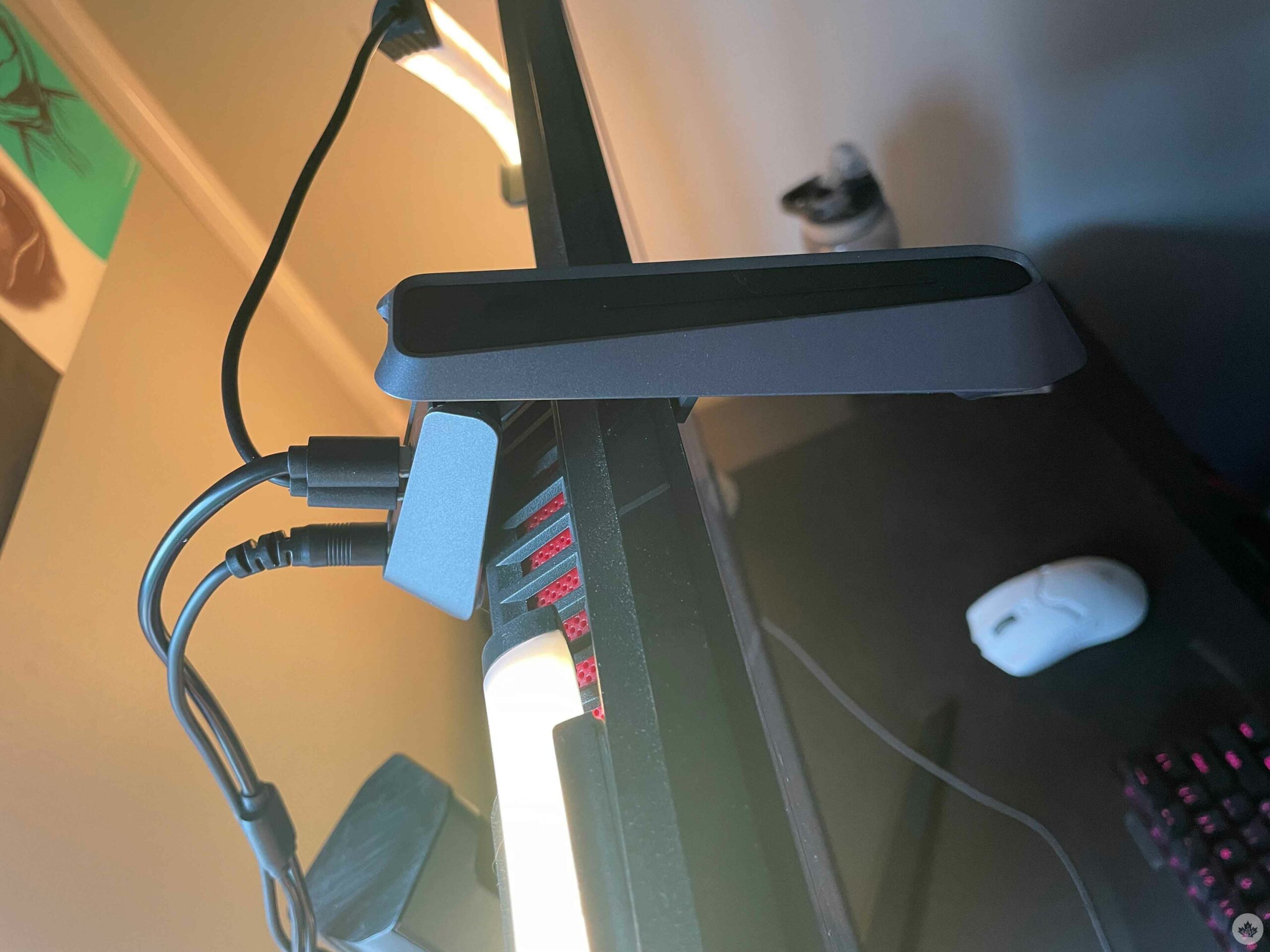 The tube-like LED strip goes behind your monitor. Note: while the Flow Pro Light Bar could be used with either a TV or a monitor, the G1 Pro is specifically made for small-sized screens, so it will only work optimally when used on a monitor. Further, Govee makes it very clear that the light strip will only perfectly fit monitors with a flat back panel. I have three monitors, and none of them have a flat back panel, so I decided to use it with my LG Ultragear monitor. The setup looks kind of scuffed from behind, but works nonetheless.

The package includes four corner mounting clips that stick to the back of your monitor on each corner, and the light tube passes through each of them, holding it in place.

Once connected, you take these tiny orange foam blocks that are provided and place them around the corners of the monitor and let the Govee Home app do its thing. Once calibrated, these are the spots the camera will look at to analyze the colour on your screen and replicate them via the light bars and the rear-attached light tube. The analyzed blocks also help the camera register the edges of your monitor, so that it doesn’t scan any further than those points. 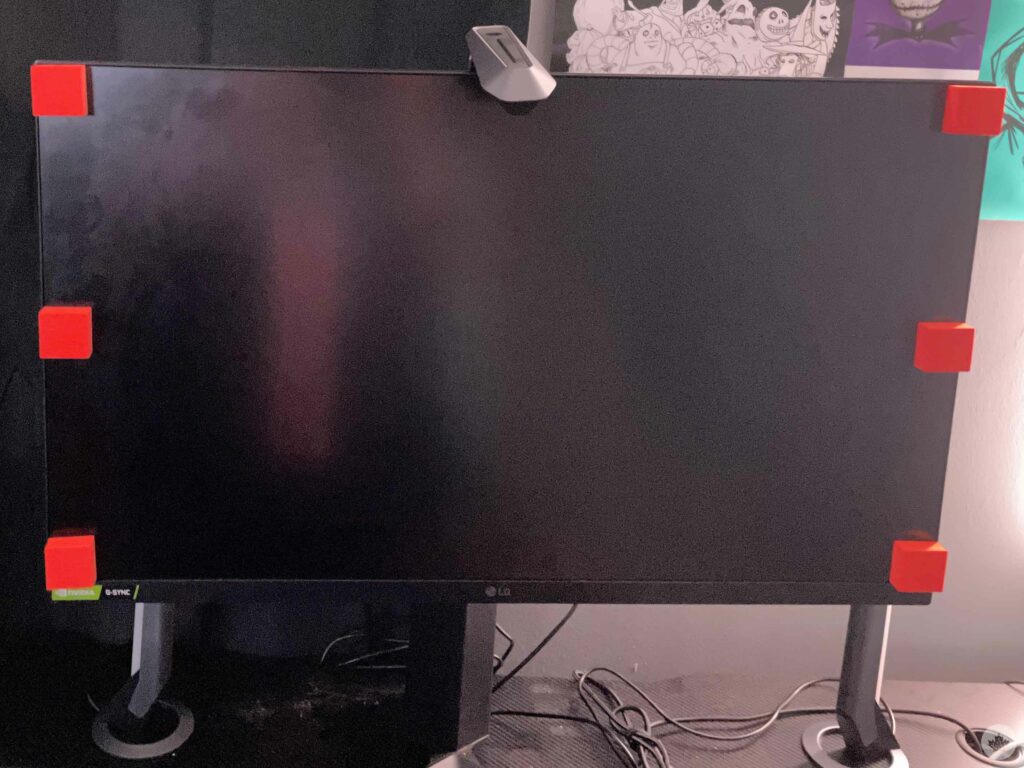 The camera has a capacitive touch on/off button on the top, though for all other controls, you’ll be using the Govee Home app. Govee has been consistently pushing out solid smart lights for a while now, and I’d imagine for a light that is made exclusively for PCs, they’d have a PC app, but that is not the case. While the Govee phone app is intuitive and its UI very user-friendly, especially since I’ve used the company’s lights in the past, I’d still like to see an application for desktop that I can control the lights with, similar to Nanoleaf and Philips Hue‘s PC apps.

App woes aside, the G1 Pro creates a very impressive light show. The light bars are sleek, yet, their light output is very bright and punchy, and the same goes for the rear-attached light tube. Their brightness can be adjusted from the Govee Home app, and I doubt you’ll ever have them cranked up to a hundred. The app also lets you control the lights you want to use.

The Video mode (camera mode) also lets you set some light presets depending on the activity you’re doing, including ‘Game’ and ‘Movie.’  Under Game, you’ll find presets like ‘Story,’ ‘Action,’ ‘Shoot,’ and ‘Racing,’ all offering different light vibrancy and speed. Whereas with Movie mode, you can specify if you want the bars to show the same colours, different colours, show the same colour throughout the bar, or have different segments of the bar show different colours.

The app also gives you the option of turning either one or both of the bars off, while keeping the tube light on, or vice versa.

In my experience, the video mode can be a little wonky at times.

While It does accurately replicate the base colours, it does mess up on tones. For example, If the scene on my PC screen shows a light green grass scenery, the light would normally output green, mixed with some sort of yellow to give it the light green effect. Similarly, blues would often mix with violets, and reds would mix with orange.

The mode is distracting in certain scenarios, like when your attention needs to be on the screen, however, during more casual use, the lights can add a sense of immersion, like while watching an animated movie, or playing casual games like Fall Guys or Warner Bros.’ Multiversus.

Other modes in the app are the same ones I’ve grown to love with other Govee products, like a ‘Music’ mode that changes the light colour depending on audio cues, ‘Colour’ mode, that lets you independently choose colours for the bars and the tube light, and a ‘Scene’ mode with several presets.

It’s worth noting, that unlike the Flow Pro light bars, the G1 Pro only works with the camera, since the camera also doubles as the control box, so if you’re someone that is not comfortable having a camera pointed at your screen all day, you should skip the G1 Pro. Privacy aside, the camera also takes up the space that would normally be reserved for your webcam.

Overall, the lights produce a very immersive effect. While the colour replication can be a little off at times when it comes to tones, it normally reproduces colours accurately and adds life to a regularly mundane desk. The solid-built lights are bright enough to independently light up your whole room, and its compatibility with both Google and Alexa voice assistants is a plus. The app itself is smooth to use, and offers multiple modes and customization to give you the control. However, its lack of compatibility with large screen TVs or with non-flat back panel monitors might be offputting for some, so if you intend to buy the G1 Pro, make sure you have a compatible monitor, or be fine with a scuffed rear tube setup like mine.

The Govee DreamView G1 Pro Gaming Light seems to be out of stock on Govee’s Canadian webstore at the moment, however, it is available in its U.S. store for $129.99 (roughly $166 CAD).